My many career moves.

Have you ever felt that there's something that you are good at , that you just haven't discovered yet?. I think I tried particularly hard to find mine.

I for one left school with 1 O'level which was a total waste of the superb opportunity I had at one of the top girl's grammar schools in London, I was of a rebellious nature and exams and school clashed with boys and nightclubs, and at the time I was unaware that the latter could have entertained me into my twenties, and my education would come to an abrupt end by the time I was 16. 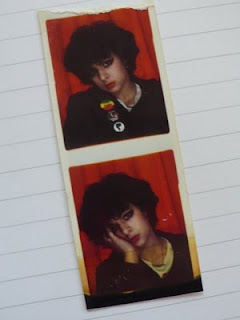 The only saving grace was that I was good looking and fearless, I drifted from job to job, and it took me 5 years to realise that I was unemployable, due to lack of motivation, and interest in having a routine, which I found restrictive and dull.

I worked in the advertising department for The Enfield Advertiser, Enfield Independent, and the Haringey Gazette which I only did because I got a car, and even though it was just a Fiat Panda it was worth it for a while anyway.

I worked as a recruitment consultant for Atlas Staff Bureau and could not believe the office politics, I was a photographers assistant, I was a promo girl in large stores, I worked for Mars and then Rowntrees and also Whitbread, as a merchandising representative and managed to fill out enough paperwork to say I was doing my job when I really wasn't, borrrring. I got a job as a Penthouse Pet but my boyfriend at the time hit the roof. 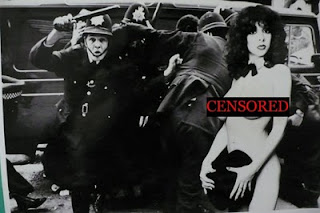 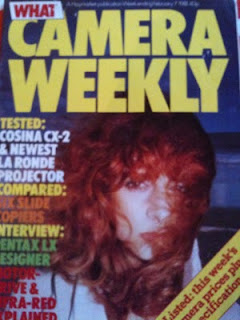 I was a sales rep for a cleaning company, got the sack for throwing lit cigarette ends out of the window to discover to my horror they had flown back into the back seat and burned thousands of deep holes into the upholstery, then to top it all I reversed into a tree at full speed whilst going for an audition as a session singer in a studio in south London, which I got and decided I wanted to be singer which resulted in me signing a contract with a small record label, funded by Chas Chandler of The Animals fame, which culminated into bugger all. 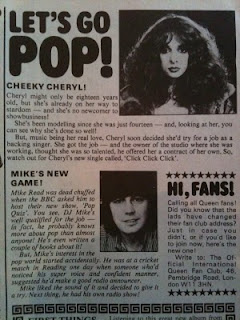 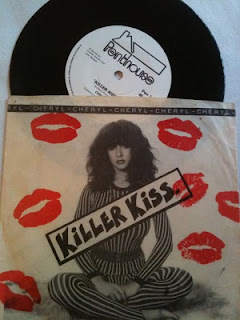 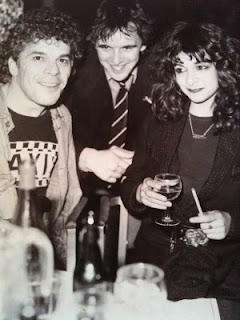 Me and Ian Dury
I worked in a wine bar in Islington, a restaurant in Southgate, and a pub, a Greek factory on the production line, where they made cakes, a car spares center in Haringey, and a sandwich bar in Earls Court.

I was a receptionist in a seedy massage parlour in Kings Cross (that was very interesting longest job I ever had), and I worked at the Pineapple Dance Studios in Floral Street, Covent Garden. 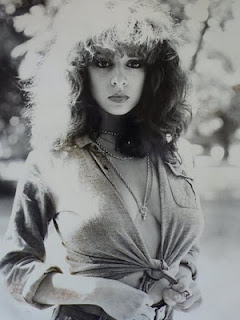 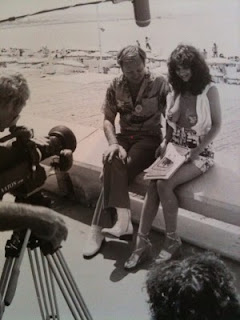 Me at the 'Cannes Film Festival' promoting some crappy film by the Cohen Brothers, note the stickers on the boobs, hahaha

I had a lock up shop in Camden selling second hand clothes ,( I actually  liked that ). I worked in a health food shop, a Chemist, oh a bookshop, and a shoe shop in Oxford Street.
I was a pin -up for the Marines during the Falklands War. (luvverly jubbly) 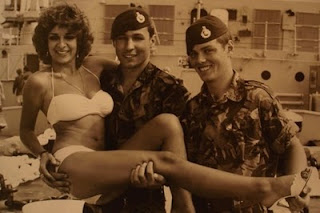 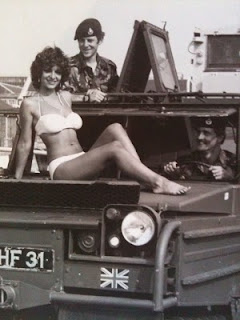 I worked for a press cutting agency, called Romeike and Curtis, but got sacked for chatting too much, and I was a care assistant in a Church Army old people's home for 4 months.

Oh, and I was a 'Starbird' aswell. 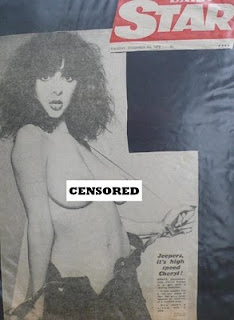